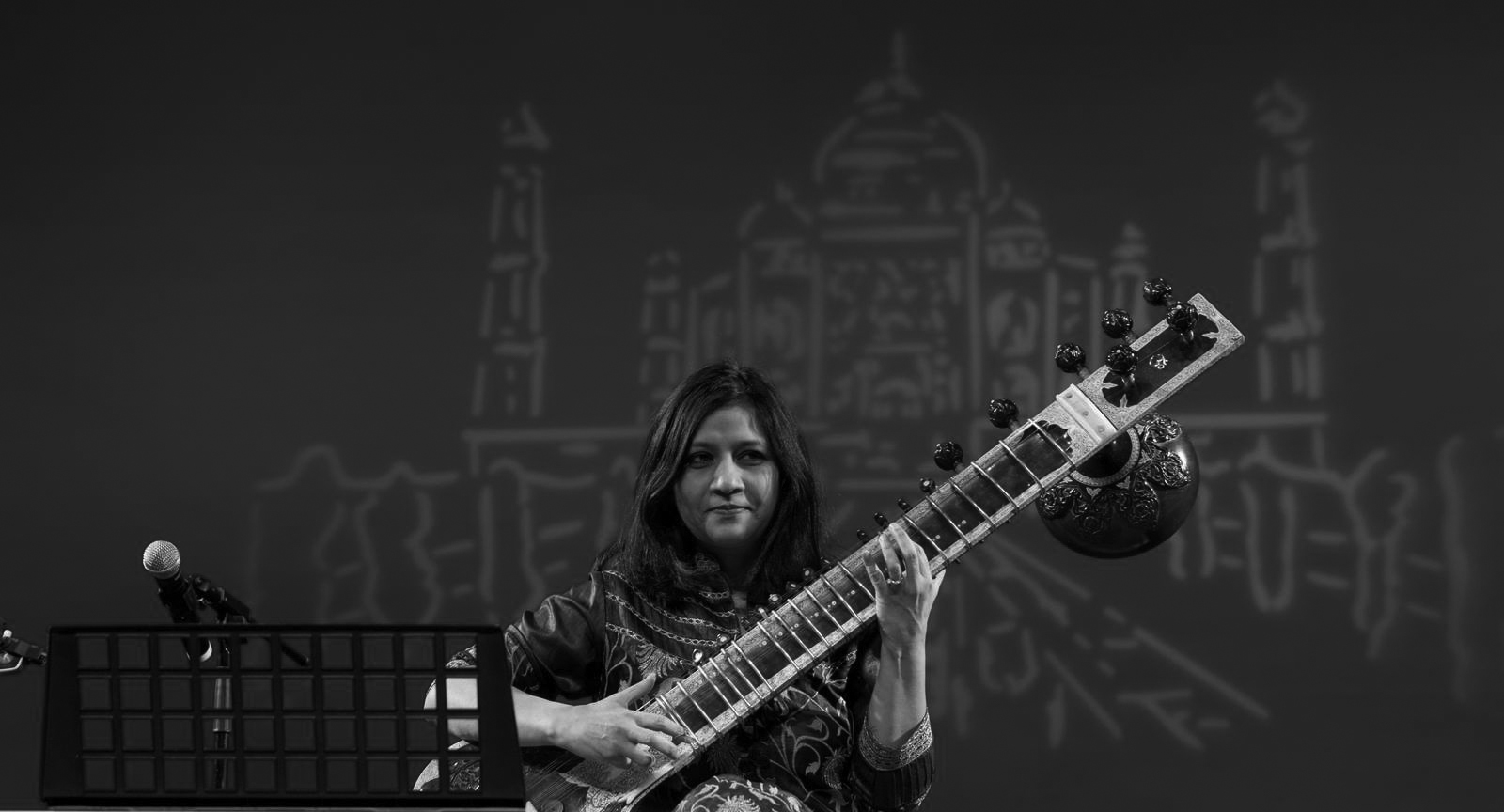 I started my musical journey at an early age by learning slide guitar as I was told that my hands were too small to hold a Sitar. A couple of years passed, and there were still too small, so my tabla and voice training began. Finally in Grade 5, I started learning Sitar which became my passion in life, before I could realize time had flown and I had graduated with Tabla and Voice from the Gandharva Mahavidyalaya and completed a Masters in Sitar from Rajasthan University, Jaipur, India. I was awarded with a gold medal for my achievements while doing my Masters and was offered an Assistant Professor’s position at the University, where I started my teaching career. The best day of my life was when my Guru, Grammy Award winner Pt. Vishwa Mohan Bhatt, accepted me as his shishya (disciple). Since then, with his blessings and guidance, I shared my passion by collaborating with many musicians in different countries. I lived in Tanzania, Zambia, Malawi, United Arab Emirates, and taught music and performed with many musicians. This exposure allowed me to appreciate world music and learn different stylistic elements from local cultures, an exposure I always cherish. Since 2005, I have been in Edmonton, Canada teaching and Directing the Indian Music Ensemble at the University of Alberta.

My Guru, Pt. Vishwa Mohan Bhatt, is a disciple of the Late Pt. Ravi Shankar, who pioneered the popularization of Indian Music in the West. It is with this inspiration and heritage that in 2013 I started a music school in Edmonton.